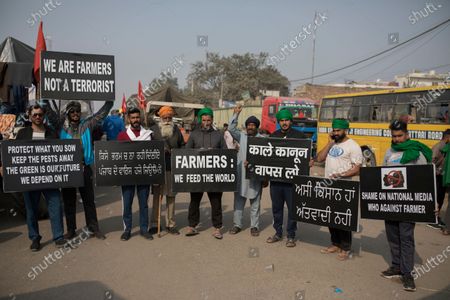 Farmer suicides in India was considered national catastrophe, as the average number of suicides was about 160 every day in Maharashtra in 2014. The national crime records Bureau of India has reported about 296438 farmers have committed suicide since 1995 many from Maharashtra. India is an agrarian country with 70% of people directly or indirectly depended on agriculture. Activist and scholars have offered various reasons for these suicide, such as anti-farmers laws, high debt burdens, poor government’s policies and poor family problems.

With this Government of India introduced new law which replaces the previous one have induced conflict in India farmers. Previously Indian government offered guaranteed prices to farmers for certain crops, which helped them to make plan for another crop. It was sold in Agricultural Produce Market committee, which at least guarantee the government agreed price. But with this new it disassemble the committee structure which allows farmers to sell their goods to any buyer. Govt says farmers have more freedom to sell directly to buyer and sell to others states too. Govt. hopes it will attract more investors into agricultural industry.

But farmers don’t agree on these ideas. They have argue that these new rules will only help big company. They think big company could lower the price or hike the price as per their requirement. One of the example is struggle of sugarcane seller in Nepal. It is said that with this new rule life of farmers will even be harder as it is uncertain for them to sell them in right price. Tens of thousands of farmers have swarmed india’s capital where they will camp to protest this new agricultural law. There are farmers from Punjab, Haryana and Uttar Pradesh. They arrived by tractors or on foots and have blocked roads that enters Capital city.