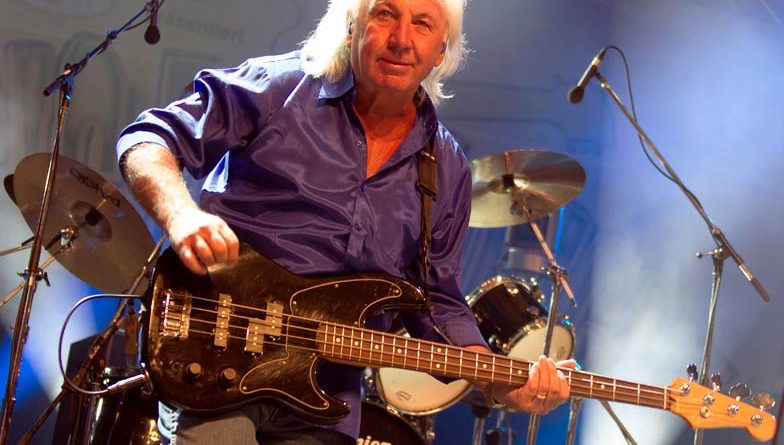 The founder member of Bradford band Smokie, Terry Uttley has died at the age of 70. Uttley was a founder member of Smokie in 1964. The band was famous in the UK and abroad. The band was best known for the hit single “Living Next Door to Alice” which was at number 3 in the year 1977. He was the bass player for the band. His bandmates paid their tribute, calling him a dear friend, a loving father and an “incredible person and musician.”

He died just a month after his beloved wife Shirley which was on December 16. She was his wife for 45 years.

His fellow bandmates said in a statement: “It is with very heavy hearts and tear-filled eyes that we share the news that our beloved friend and bandmate, Terry, has passed away after a short illness. Steve, Martin, Mick and Pete are devastated and deeply saddened by his sudden and unexpected passing. Terry was a dear friend, a loving father, and was an incredible person and musician.”

We all feel extremely lucky to have shared such a long lifetime and the stage with him. Peace and love to all who knew Terry, and those he touched. We will miss him dearly.

“Management asks our friends and colleagues around the world to respect the privacy of the family and band members at this time.”

Several other musicians paid their own tributes to the late legend

The former drummer of the band Slade, Don Powell said:” I just heard the saddest news for years. Dear friend Terry Uttley has passed away. I can’t believe this has happened to such a wonderful warm person. He was SO dear, we spent so many hours just talking about anything and everything. There was NO ego with the man. We had SO many laughs together like two silly school boys. I’m gonna miss you matey, you rest in, peace, wherever you may be. I’ll always think of you as a dear and trustworthy mate. Be at peace wherever you are eh.?…. For sure, gonna miss you oh so much Terry, like SO many people will.”

Uttley was the last original member of Smokie. The formed the band along with Chris Norman and Alan Silson in 1964. Smokie had seven Top 40 hits in Australia and 12 in the UK. Beside Living Next Door To Alice’.  Smokie’s other hits were ‘Lay Back In The Arms of Someone’, ‘Its Your Life’, ‘Needles and Pins’, ‘Oh Carol’, ‘Mexican Girl’ and ‘Do To Me’.