Indra Jatra: Is It Important ?

September 27, 2021 by Simran Kunwar No Comments 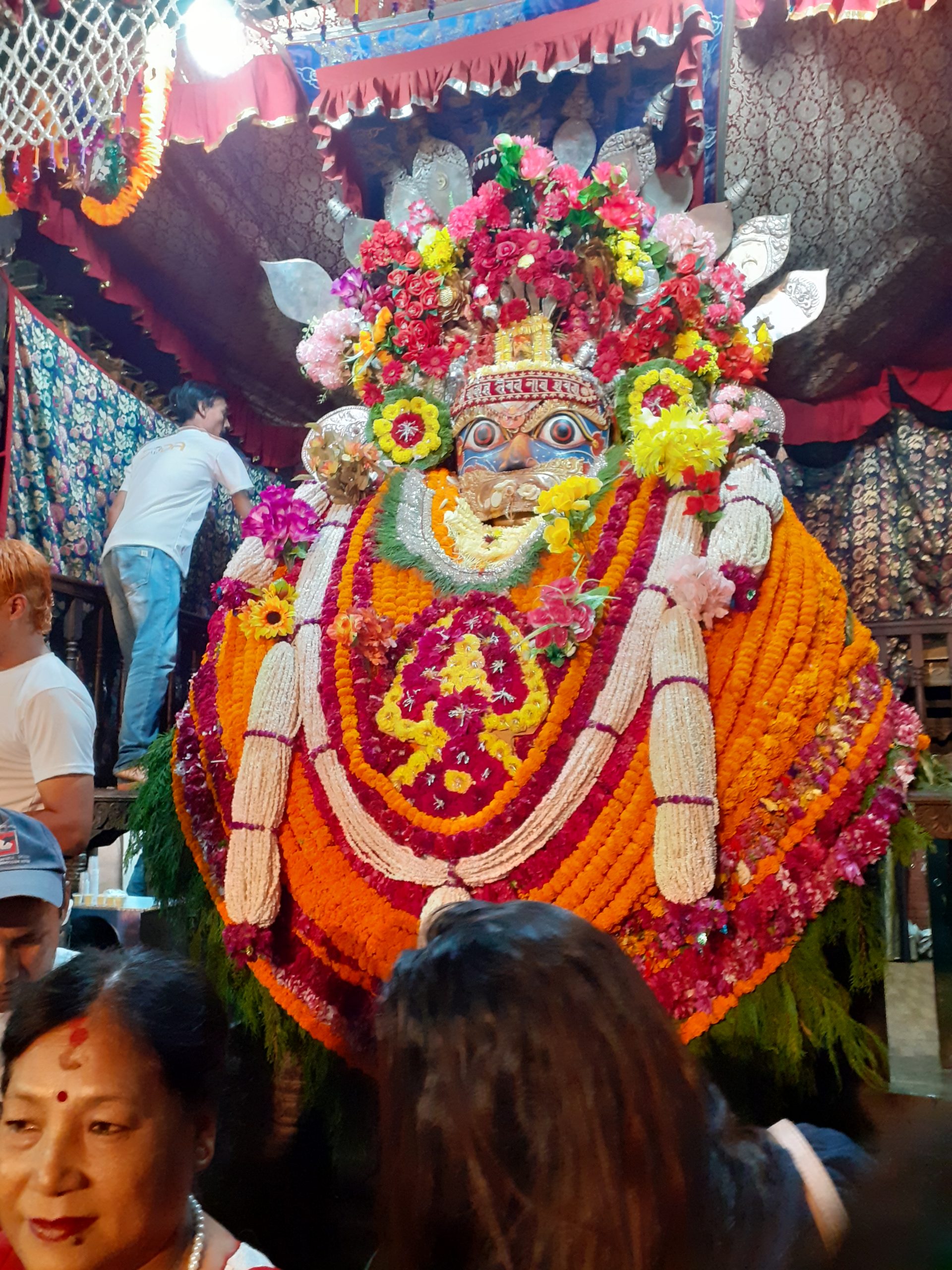 Indra Jatra is one of the most exciting festival celebrated in Kathmandu valley. This festivals falls in September which runs for eight days.

This iconic festival also marks the beginning of autumn season. During the Indra Jatra deceased family members are also remembered and worshipped.

Indra jatra is commonly known as Yenyā( “Ye” means kathmandu and “Ya” means celebration). The festival consist of two events Indra Jatra and Kumari Jatra. On this eight-day long ceremony, people display masked dances of deities and demons in the honor of Lord Indra. In the other hand, Kumari, the living goddess along with Ganesh and Bhairava are pulled in a chariot through Kathmandu.

Biggest Street festival, Indra Jatra starts with the erection of wooden pole made of pine at Basantapur Sqaure. On the same day participants visits shrines offering butter lamps in order to honor the deceased family members.

Kumari jatra coincides with Indra Jatra where three chariots carrying human representations of the deities Ganersh, Bhairava and kumari accompanied by musical bands are pulled along the festival route.

Eight-day long festival consist of various rituals such as ‘Dagin’ which is the process of re-enacts Indra’s mother roaming the town in search of her son. On the eight day of the festival masks of Bhairava are displayed at various places in Kathmandu. The participants performed various masked dances such as Pulu Kisi, where the dancer goes through the streets of kathmandu city in search of his imprisoned master. The demon dance of Lakhey is performed in the streets.

On the last day, the Yosin pole erected at durbar square is taken down which marks the end of the festival.

According to legend, Indra (the lord of heaven) descended to earth in search of Parijat disguised as a farmer. While he was plucking the flowers, the resident caught and bound him thinking a common thief. Then he was put on display in the town square of Maru in Kathmandu.

Later, his mother worried about his absence, came to Kathmandu looking for him. The event is celebrated as the Dagin. Pulu Kisi danced is performed to remember the incident where Indra’s elephant is searching frantically for its master.

When the locals realized that they had captured the lord Indra, they immediately released him. To commemorate the whole incident Indra Jatra is celebrated since 10th century.