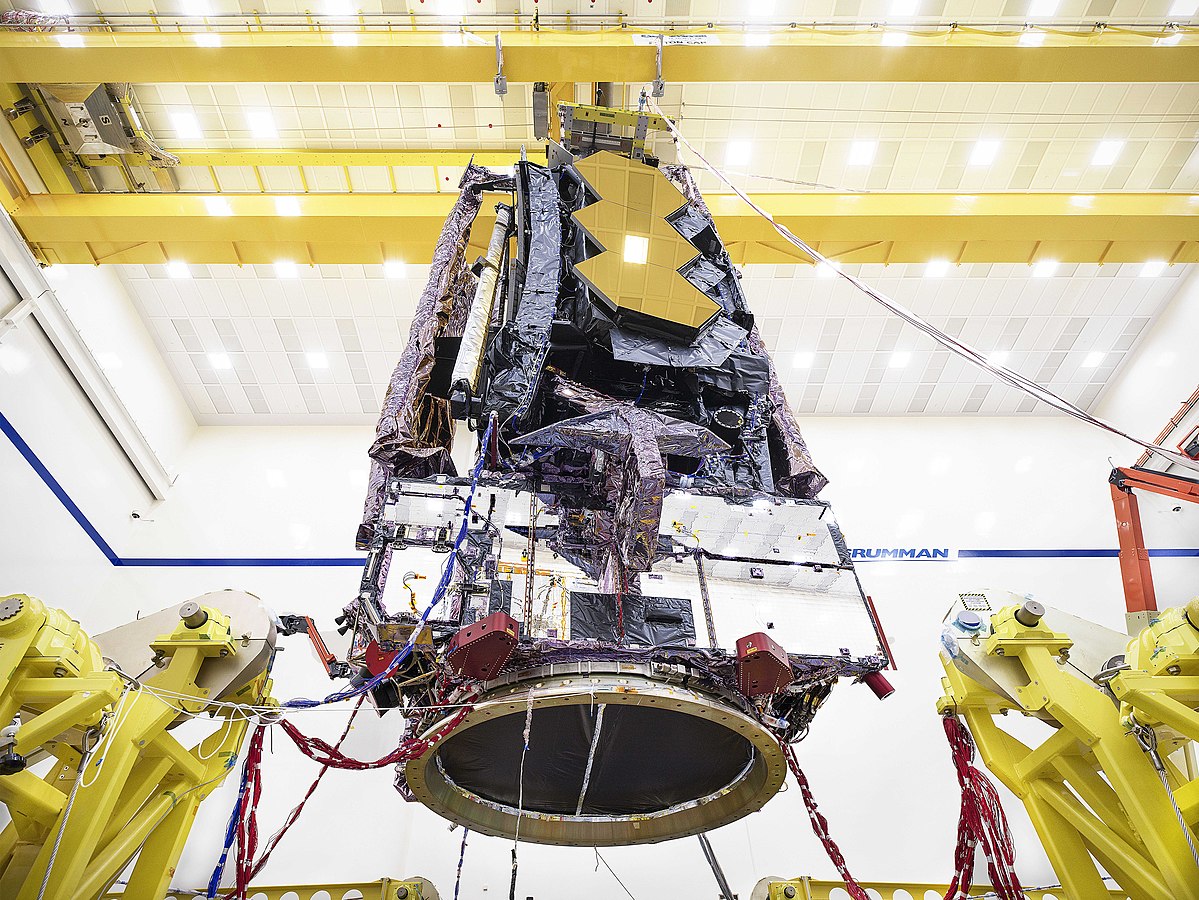 Imagine a telescope so powerful that here on earth it could see a bee on the moon, Now put that telescope in space and set on a mission to find stars 10 billion times fainter than the stars we can see with the naked eye stars that were formed in the early days after the big bang. That is the James Webb space telescope and its search for light that’s traveled through space for more than 13 billion years.

I know what you’re thinking why do we need a telescope in space when we have perfectly good telescopes here at home on earth? Well, telescopes on earth have to contend with a lot of interference such as bad weather, light pollution and then there’s our atmosphere. As light passes through our atmosphere from space it gets distorted. In fact, some wavelengths get blocked altogether. When you put a telescope into space you avoid all that noise.

In 1990 NASA launched the Hubble space telescope. It was designed to take images of space from space. It orbits Earth fifteen times a day about 350 miles above its surface and it made more than 1.5 million observations in its lifetime. But now Hubble is getting old and technology has improved. This is where the James Webb telescope comes in. It was built by NASA, the European space agency and the Canadian space agency to be a successor to Hubble.

The James Webb space telescope is bigger than its rocket and it has to be folded up like origami-style before unfurling in space. But it’s big by design, starting with that huge gold mirror. Its 6.5 meters wide and is made up of 18 hexagonal segments. It’s six times bigger than the mirror on Hubble and it’s designed to capture as much light as possible. James Webb is mostly capturing infrared light while Hubble captures optical and ultraviolet. So why infrared light? According to NASA when stars and planets are forming, they are hidden by clouds of dust. That dust blocks visible light but it doesn’t block infrared light.

The mirrors on the James Webb are covered in actual gold. This is because gold is ideal for reflecting infra-red light. Because the telescope is capturing infra-red light it’s super sensitive to heat. In fact, it’s designed to operate at about 40 degrees above absolute zero. And that’s where the tennis court size sunshield comes in. It has five layers separated by vacuum to protect the telescope’s instruments from the sun’s heat.

According to the US Government accountability office, costs on James Webb nearly doubled between 2009 and 2021 to 9.7 billion dollars and its launch was delayed by over seven years. This is one of the most complex projects NASA has ever built.