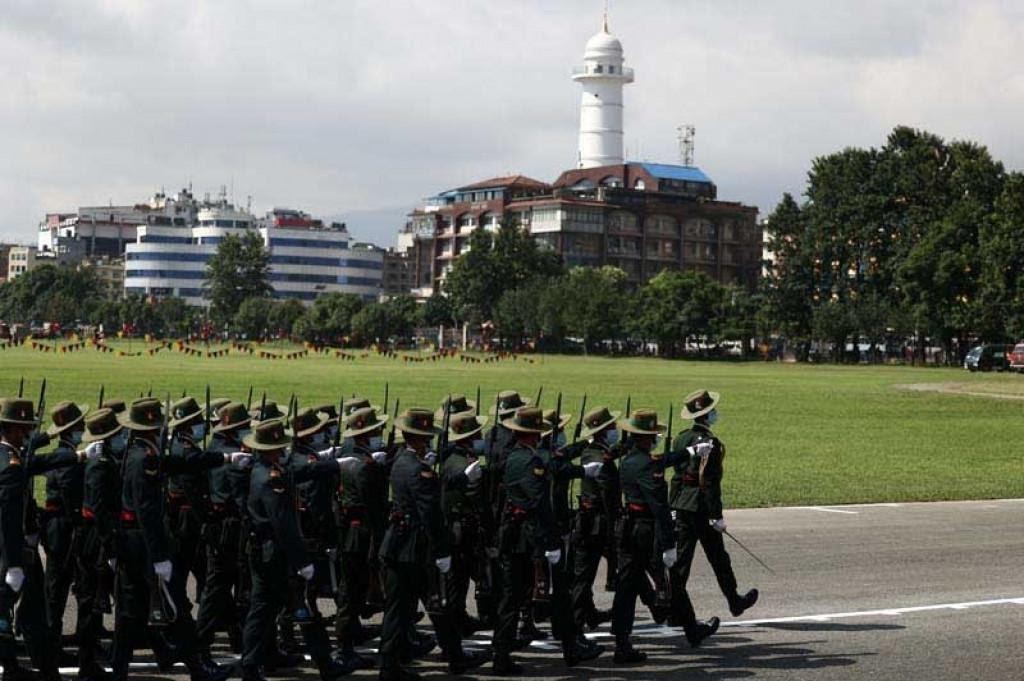 The constitution of any country makes sure that the government bodies make decisions that are for the public welfare. The second constituent assembly of Nepal drafted the constitution seven years ago from today.

The remembrance of the constitution-making is celebrated from 19 to 21 September. On September 19 of every year, there is a public government holiday throughout the country. We appreciate the auspicious constitution of our country on this particular day.

Today on the occasion of constitution day many programs and functions took place throughout the country. A special program at Army Pavilion in Tundikhel took place today morning. The program comprised of extraordinary performance by the army officials both on the ground and air. Prime Minister Sher Bahadur Deuba and President Vidya Devi Bhandari attended the program. The program consisted of a disciplined march by the Nepal army. Pigeons were released to remarked peace in the country.

The highlight of the program was the army helicopter. The army helicopter displayed a banner of constitution day 2078 up in the air. In the program, condolence for all the freedom fighters who lost life for the country was also expressed. The prime minister also expressed his condolence towards the people of Nepal who lost lives due to the coronavirus. He also announced that the government will make sure that vaccination will take place as soon as possible. He also expressed his happiness about the great constitution the country has. The program started and ended with the national anthem by the orchestra which gave a great feeling of nationalism.

Overall, such programs give the general public as well as the leaders a great feeling of nationalism. These are the days when people remember all the hardship the country has faced to reach the present day.  Each citizen of the country should be proud of the constitution that helps each of us practice our rights. It makes the country federal, secular, non-discriminatory. The constitution gives each individual right of practicing his or her religion. Overall, all our rights come though the constitution.