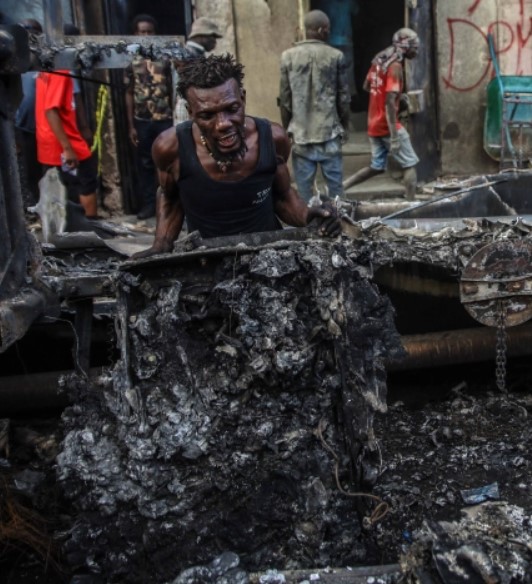 A truck explosion in the northern city of Cap-Haitien, killed more than 50 people and injured dozen more. Humanity & Inclusion operates (HI), the organization which operates humanitarian projects throughout Haiti has mobilized teams to send emergency medical reinforcements and supplies. Which including gauze, wound creams, antibiotics and other medications.

Humanity & Inclusion’s country director for Haiti Agathe Lo Presti stated that “Accidents like this can result in significant injuries, which require urgent attention to prevent serious long-term consequences. We are sending medical supplies to care for the injured as soon as possible. And we extend our deepest condolences to the families of those taken by this terrible accident.”

This adds to the long line of disaster Haiti has been suffering from. As we know the country is still recovering from a massive 7.2 magnitude earthquake in August and tropical storms. Due to a severs fuel shortage many businesses and schools are forced to close. Many hospitals aren’t able to operate at full capacity. In fact, many people sought to gather gasoline after the fuel truck exploded due to the fuel shortage

Humanity & Inclusion has been operating in Haiti since 2008. The organization is currently implementing project in various sectors. Such as rehabilitation, road safety, disaster prevention and risk reduction, inclusion of people with disabilities, logistics support and emergency response to the most recent earthquake. Thankfully this incident has not affected the activities of the Humanity & Inclusion’s in Haiti

Victims in the hospital were visited by the Prime Minister Ariel Henry.  He was seen consoling a man who collapsed on the hospital’s floor because there were not enough beds in the hospital. The prime minister assured that more help with field hospitals and a contingent of medical professionals will be provided. Sadly, minutes after he left the facility, five more patients died. Deputy Mayor of Cap-Haitien, Patrick Almonor,also expressed shock over the incident stating “It’s horrible what happened,” The Prime Minister has declared three days of national mourning.