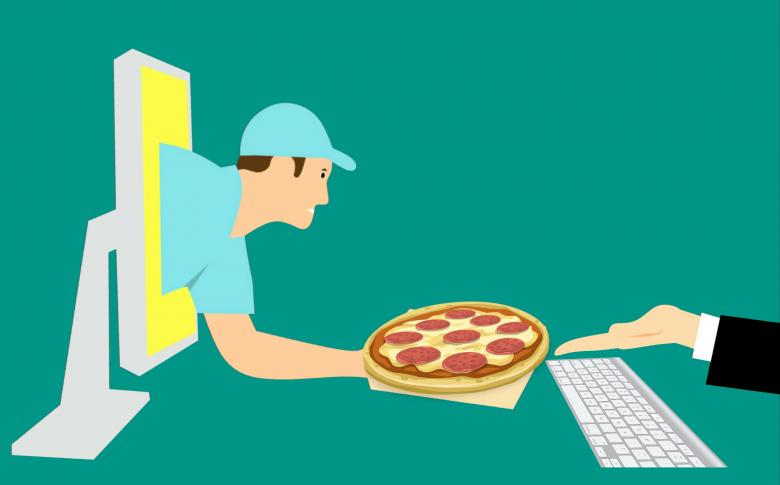 Recently, the internet is in chaos (not really,) after seeing a delivery person steal food from his customer. Food delivery is a very common thing these days. And since the last pandemic, the food delivery service became even more popular and more convenient.

All you have to do is open an app and click a few buttons, and wallah, the food is in your doorsteps just sometime later. But, drawbacks still prevail. And the scary part is, most of them might you might be unaware of what’s wrong with the food you’re having.

It’s a known fact that we’ve found a lot of evidence on some delivery guys nicking the ordered foods. And this latest video that surfaced on the internet shows a delivery guy from uber eats picking food from someone’s order bare-handed.

As he steals the customers’ food with his bare hands he even licks his hands and proceeds to pick the foods with the same hands again.

It’s kind of ridiculous because it seems like he thinks no one will notice what he’s pulling. I mean, of course, no one will know what he’s really done. But no one is so dumb that they’ll not notice that they have their food in half amounts.

Not to mention that he even halved the soup. And we knew that it was not his first time as the man proceeded to seal everything up after he finished stealing the food.

There are many reasons he might have been doing such bad deeds. However, it still doesn’t justify his wrongdoings and deceiving the people who pay for the food.

But I have no idea how to rule out this thing other than to say it’s disgusting and he should be fired. As I mentioned already, you might have reasons. But it’s always wrong to do something so horrendous.

The people who saw this video thought of the same thing. Come to think of it. We wonder how many times this delivery person has done something like this, right?

But you do realize that this is just one that we’ve seen. Imagine how many more such people are lurking around in our societies. Do you think there should be a different law based on this incident?

If the poor man is struggling, there are many other things he can still do. Than to steal someone else’s food, bare-handed and then proceed to deceive the customer. Let me make myself clear once again, I know we should never judge by appearance.

But that due have AirPods and looks very healthy and well.

The next concern is the person recording the video. What has happened to this generation? The person behind the camera could try to stop him as well. Maybe the recording is necessary for the world to see. But you know what else could have been done at that moment, right?

I understand the claims might be somewhat wrong as well. But I believe he wouldn’t randomly sit in the road and think, it’s time to eat the lunch I ordered right here in the street. And I will store some in another container before I start eating?

So, the next time you order from uber eats, how will you check if your food’s not been eaten already?

One Reply to “Is food delivery reliable ?”