“Xherdan Shaqiri” can make impact on Lyons and Liverpool 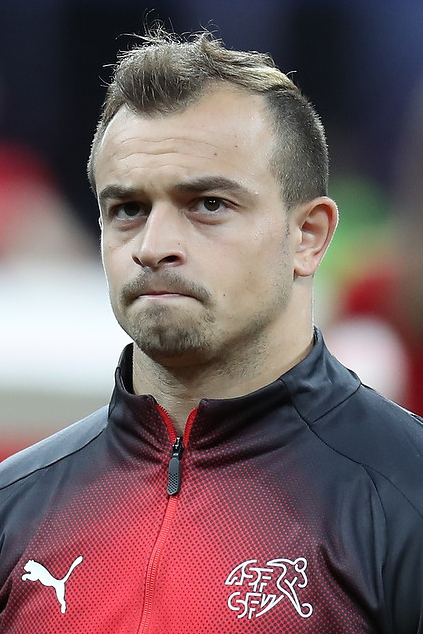 Lyon is targeting Xherdan Shaqiri, a talented player of Liverpool. As you all know, this summer Memphis Depay lost to Barcelona, Lyon is looking to boost their squad. However, the valuation of the Switzerland midfielder is lower than that of the Premier League club one’s.

Talking about Xherdan’s popularity, it’s half and half. Which really does happen with any celebrity or famous personalities. So, that’s that. Anyway, moving on to the news. Liverpool demands €15 million or £12.7 million.

However, Lyon only plans on giving Liverpool around £5 million. Anyway, Shaqiri has been with Liverpool for three years now. And over the years, he has had around 45 Premier League appearances.

Talking more about Shaqiri, right now he has around one more year until his contract with Anfield ends.  However, according to the rumors. And if the rumors are true, Liverpool is thinking of extending this deal for another season.

During the Euro Cup 2020, we saw the 29-year-old player Xherdan as a standout. He played as a standout until the team reached to quarterfinals but unfortunately, They lost to Spain at a pretty tense penalty shot.

Likewise, the manager of Liverpool, Jurgen Klopp recently said that they want to finish this transfer business as soon as possible. So, it will possibly come to an end before summer’s window closes.

One of The Greatest Cricket Players of All Time, Chris Cairns Is Unconscious For Weeks.

Anyway, we welcomed Shaqiri in Liverpool from Stroke City around July of 2018. If you remember, Liverpool had activated Shaqiri’s contract with a release clause of £13.5m. Furthermore, as I mentioned above already. Lyon wants to strengthen and boost their squad. The fallout and departures of good players this summer have given them a huge loss. And they have to find a way to fill in for their suffering and holes.

One of the most losses they suffered was their key member Memphis Depay. And the fact that the transfer was free doesn’t make it any easier for Lyon. Furthermore, following up with Memphis, Lyon lost Joachin Andersen.

And you know losing a talented defender is a huge loss. After the defender departed permanently from Lyon suffered even greater damage. But I guess Andersen had no choice as well.

Because you know how last season he joined Crystal Palace and spent the entire season on loan with Fulham in the Premier League. Despite Lyon’s condition, I think anyone would have lost someone like Anderson permanently anyway.

Now, Andersen is on a five-year contract with Crystal Palace. During the last season, he joined the Premier League for supposedly £20 million. Well, to really be bitterly honest, good for Andersen.

But Lyon needs this transfer from Liverpool because they really have lost almost everything at this point. And without making their squad even a little strong they have no chance at ant game to be fair.

But will Xherdan Shaqiri’s fate be the same as he makes his way to Lyon? Anyway, it’s pretty much unlikely for Liverpool to negotiate their player in such a small amount (as per their demand.)

So for now we just have to wait and see where the bargain is headed at.