One of The Greatest Cricket Players of All Time, Chris Cairns Is Unconscious For Weeks. 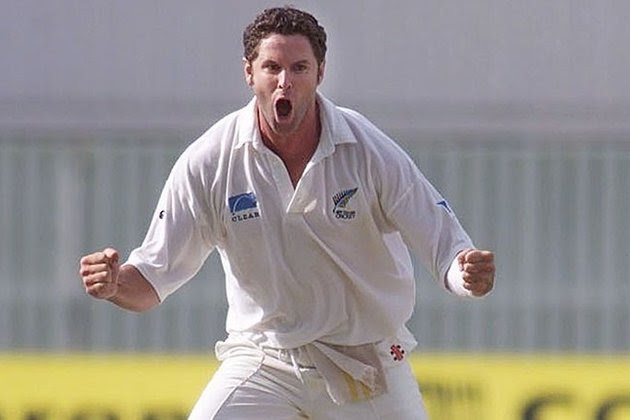 Chris Cairns, former cricket star had a very bad fallout recently. The acclaimed Kiwi legend and former New Zealand player is admitted to the hospital after a cardiac arrest. NZ teammates and fans are devastated after hearing this sad news.

And we too hope for the poor soul’s fast recovery. Moving on, Cairns is one of the greatest players of New Zealand. However, his recent aortic dissection might be causing him his fine. But hopefully not.

Moving on, if you’re unaware of aortic dissection, it’s a tear in any person’s main artery. To think that the cricket star had this devastating health downfall last week. But, he already has had several surgeries since is very scary.

Liverpool Transfer: Lyon Eyes A Talented Player That They Might Not Be Able To Pay For Tp Liverpool.

Furthermore, reports are coming and going after his injury or health crisis. But none of them show any kind of positive news. They all say that Chris is not responding to the treatments given to him. Furthermore, after the accident in Canberra, the patient is moved to St. Vincents Hospital.

One spokesperson of the hospital reported that Cairns is stable although it’s a very serious and critical situation. After Chris had no response in the hospital he was previously admitted to. He was transferred to the hospital mentioned above located in Sydney on Tuesday night.

Moving on, although New Zealand Cricket is flooded with questions and u=inquiries the last few days, They don’t want to speak on the matter. Because now that Chris is pretty much unconscious. They want the man to have some privacy even if he is ill.

Sadly, after Chris got transferred from Canberra to Sydney, his mother is very worried. Because she has no means to get to Sydney from Canberra due to the pandemic. During this hard time. All mothers want to stay beside their child’s side.

Take care of their children and pray for them while still not leaving their side. But what can we do than blame the Covid pandemic for such a mishap?

Following this mishap, people reached out to Chris Harris, Cairns’ closest of friends for some words in this situation. The long-time pal tells that in this condition, this is the worst news he can get. And the fact that his family can’t be with him makes it even more devastating.

But once again, no one other than the virus itself is to blame for this tough situation. And blaming the virus will get us nowhere.  Furthermore, Chris also adds that he has many memories with his childhood friend, Cairns. And that he isn’t ready to stop creating more of such memories.

Cairns has had an all-rounder player score for the last 17 years. Likewise, he also played 215 one-day internationals and 62 Tests. Furthermore, in 2000, our beloved player was named Wisden’s cricketers. And he also scored an award of New Zealand Order of Merit when he retired in 2004.

Speaking about devastation, no matter what relation anyone has to Chris doesn’t matter. What matters is that Cairns has a family that he needs to get back to. He has his parents, and also his wife and child to attend to. Likewise, not too long ago, Chris’s mom and dad lost their precious daughter.

First official Transgender To Break All The Stereotype In Olympics

So, if anything is to happen to Chris. They’ll be torn in half. So, we hope Cairns comes back to his senses with better health.

Once again, we hope for his betterment and fast recovery.

2 Replies to “One of The Greatest Cricket Players of All Time, Chris Cairns Is Unconscious For Weeks.”