Man killed wife and kids due to Illuminati conspiracy 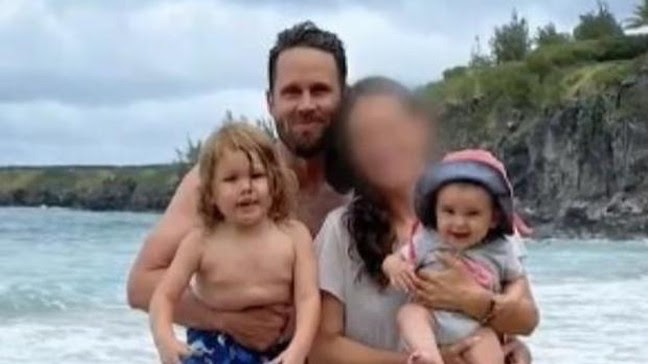 A Californian man murdered two of his kids with a spearfishing gun in Mexico. The authorities say that the 40-year-old man, originally from Santa Barbara, California is charged with United States nationals foreign murder on Wednesday. As mentioned above, he killed two of his children with spearfishing gear.

The name of the culprit is Matthew Taylor Coleman said the U.S. Attorney’s Office to Central District of California. The man confessed to his crimes and revealed that he killed his 10-month-old daughter and a 2-year-old son.

In the beginning, the Mexican authorities listed the ages of the two victims and identified them as 1 and 3 before the murderer confessed to his crimes.

Anyway, Matthew reveals that he checked into a hotel in Tijuana, Mexico with his two kids. He revealed it was Saturday and he had a perfect plan in mind. Hiram Sánchez, Baja California prosecutor revealed in a statement this Tuesday.

Furthermore, on Monday, Coleman left the hotel very early in the morning. He left his residence (hotel) around 2:54 am and only returned around 6:33 am. Although Coleman had his children with him when he left, he came back alone.

Furthermore, Coleman then checked out from his hotel room after three hours of his return. Hiram also revealed the CCTV footage of Coleman checking in with his kids. But checking out all alone without the two of them.

On the same day, around 7: 30 am, the body of the kids was discovered. And someone informed the Mexican authorities. The bodies of the poor innocent kids were only about 18 miles away from the hotel.

Moving on, the criminal complaint reads that after Matthew dumped the bodies of his children. He goes about a few miles further. And then he proceeds to throw the weapon; spearfishing gun and his bloody clothes in the creek.

Eventually, Coleman is arrested after he crossed the border in San Diego. And as the FBI agents proceed to ask him questions for the motive. He has no remorse when he says that he “believed” that in the end, his kids would become monsters after a couple of years.

Furthermore, it’s confirmed that the Canadian murderer is very hooked to Illuminati conspiracy theories. And that he states that the murder took place after he started believing in the Illuminati and QAnon conspiracies.

Coleman’s wife filed a missing complaint to Santa Barbara authorities 24 hours after her kids and husband went missing. Although the lady was very worried, she believed her husband would not harm their kids.

But little did she know that Coleman thought his wife gave their kids some serpent gene. And he had to get rid of them before they turned into monsters.

Portraits of Holocaust Survivors to be displayed for cultural reference

Also, he is the owner of Love Water Suf School. And after his first appearance in the court on Wednesday, he’s jailed without bond. Likewise, the culprit’s arraignment is taking place on August 31st.

What do you think is the best punishment for this kind of monster in our world?