Portraits of Holocaust Survivors to be displayed for cultural reference 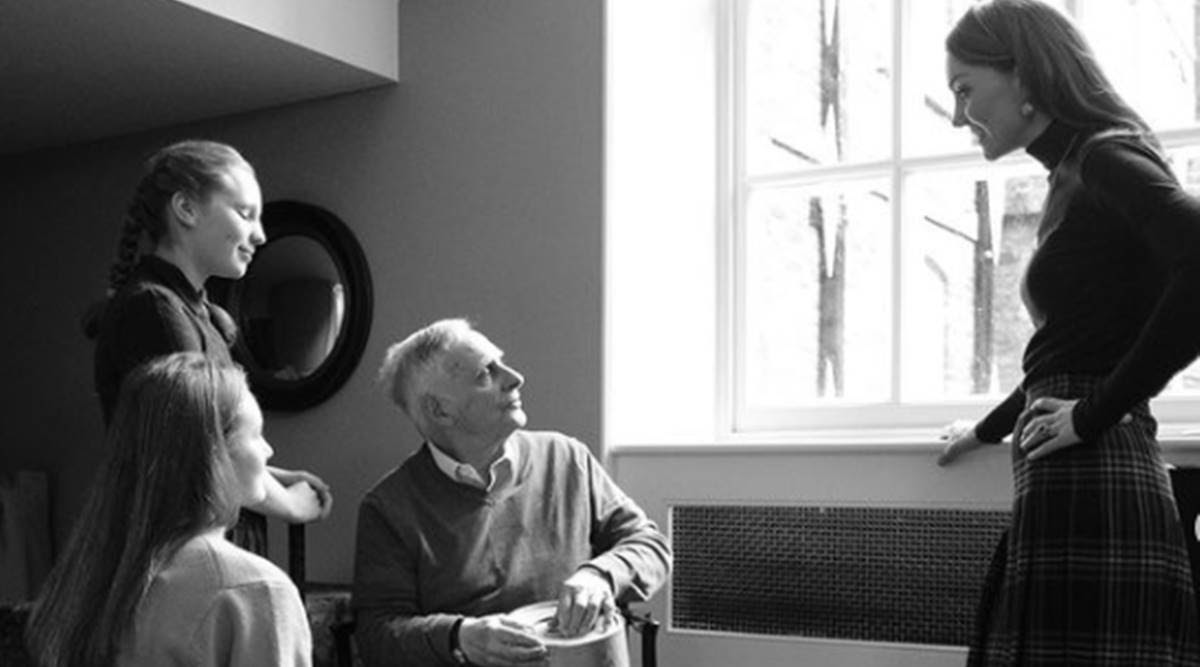 If you remember, in 2020, Kate Middleton invited two Holocaust survivors to the palace. In an interview, Kate mentioned that she wanted to keep a portrait of these survivors with their grandkids. Similarly, the moving portrait has escalated its value a year later.

And today, the Holocaust survivors’ portraits have become a part of London’s Imperial War Museum. Also, the collection of portraits goes by the name Generations: Portraits of Holocaust Survivors.

Recently, Kate shared some behind-the-scenes insight during the occasion of her portraits hanging in the Museum. She revealed that she is very honored to have her idea (the portrait) be in the exhibition.

But, it doesn’t end there, the main reason Kate thought of the portrait idea is that she wants us all to remember our culture and history. Yes, she hopes that our responsibility doesn’t die with this generation. And, that we can pass on this phenomenal story to the future generation.

Furthermore, Kate also says that these photographs present some of those great survivors of the UK. Without these survivors, UK would not be the hones of millions of people. We have our utmost respect for the survivors who went through such loss and trauma.

This exhibition is a partnership with Jewish News, Royal Photographic Society, and the holocaust memorial day trust. And, this exhibition also marks 75 years since the tragic Holocaust came to an end.

You can find the pictures on the internet, widely on Instagram so you can check them out. But we are attaching it here in the article as well. In the first picture, you can see a man named Steven Frank. He sits with his granddaughters Trixie and Maggie.

Furthermore, the caption for the picture reads that Steven went to Westerbork transit camp with his brothers and mother before leaving for Theresienstadt. Among the 15,000 children sent to the camp, only 93 came out alive. And along with Steven, his other two brothers fall in the 93 survivor category.

Furthermore, in the second picture, we can see a woman named Yvonne Bernstein. She’s also one of those children who were hidden in France. Besides her stands Yvonne’s granddaughter. There’s not much known about Yvonne.  Because of the situation, couldn’t stay at the same place and the family was on a run changing homes and places to stay from one place to the other.

Moving on, in the same post, Kate mentions that she just wants the portrait to be very special to these two survivors. Likewise, these portraits are significant and celebrated in name of the survivors and their families. Along with the life these survivors built since their time in Britain from the 1940s.

Moreover, the portraits also show the families bringing their significant items. We hope what the Duchess has thought of passing down this cultural history to the next generation comes true.

Hey, here’s a question for you. Do you think you can survive a Holocaust in this generation?