Reason behind longer break for Stefanos in US open 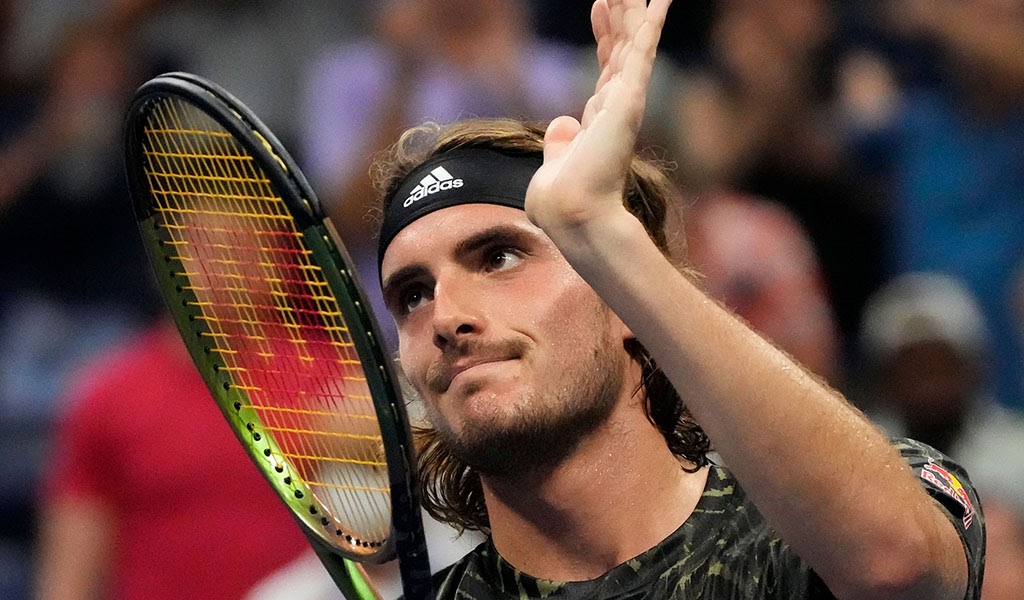 Stefanos Tsitsipas is a brilliant tennis player. But he also loves taking breaks midway to his matches. The man has made a history of taking long breaks during his match. And I guess the US Open is getting a little more ticked off than they should have due to Stefanos’s behavior.

Moving on, Tsitsipas defeated Adrain Mannarino on Wednesday. Likewise, It made him the winningest player in the entire ATP Tour. He has a total of 50 wins. Despite having hit 53 winners, and a career-high of 27 aces. People can’t stop chatting about his bathroom breaks.

Why is it such a big deal? And this is ridiculous because why do people love to see the wrong side of anything rather than all the better doings they’ve done?

Anyway so, while defeating Mannarino, Tsitsipas took no more than a total of 2 hours and 41 minutes. When he lost the third set, Stefanos took a whopping 7 to 8 minutes of break. And at that time his opponent, Adrian was very much pissed. But all he could do was practice shots while Tsisipas took a break.

I’d like to chime in and say that I don’t think Stefanos has violated any kind of rule by taking a much-needed break. In fact, every other player should be influenced to take a short break at times.

Anyway, after Tsitsipas returned from his break, the crowd booed at him to which Stefanos was baffled. So, during the post-match interview, he told the cameras that he has done nothing wrong so he can’t fathom why was he treated as so.

On Monday’s match, the US heads apparently reached the boiling point. Andy Murray as well chimed saying he lost the respect he had for Stefanos. And he also said that Tsitsipas takes twice the longer time to go to the bathroom than it would ever take Jeff Bezos to go and fly up the space.

Mannarino also told that he’s more pissed off at the rule that says players are allowed to take a reasonable break but doesn’t mention time itself. And he requests the ATP to have their time and think about changing the rule.

Numbers of journalists confronted Stefanos for his overly long breaks. And his reply to all of them was that it was important to do so. Moving on, Tsitsipas said that due to all that sweat he feels greasy irritated and he can’t focus on the game. It even makes him feel heavy.

So, getting a little fresh rejuvenates him and although a small break might not be necessary for other players, it is as important to him as the match itself.

He also says that he knows he hasn’t violated any rule. And if he has, he asks for the punishment he deserves.

Lastly, as the journalist and talked about Murray’s comment, Tsitsipas requested he checks Murray’s break-in in 2012. And when the interviewer replied that Murray took about 3 minutes, Tsitsipas asked if 3 minutes more is a problem then.

Tsitsipas has another match soon, and just like always, people will be more focused on his bathroom breaks than his performance.