Siddhu leaving post leaves a big question to every one 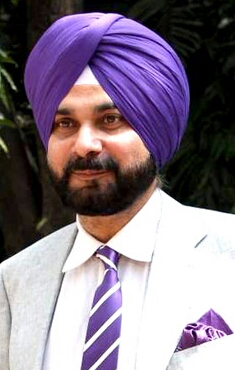 Nabjot Singh Siddhu who became a part of the Indian Congress party resigned from his current post. Siddhu had joined the party five years back after leaving the current center ruling Bhartiya Janta Party (BJP). He joined as the chief of Congress party in Punjab this year near July. Also, Nabjot’s leaving the position of Punjab Congress chief aligned with the appointment of a new CM in Punjab. There hence arise many questions from both the general public and the leaders of different parties. These are the situation where oppositions take advantage. Leaders of different parties gave several reasons for Siddhu leaving his current post.

Siddhu sent a resignation letter to Sonia Gandhi the Congress party’s head today. In his letter, he did not mention any particular reason for his resignation. All he said was that he cannot compromise with the future of Punjab. He stated that he would continue to serve the congress party even after he resigns from the post. He posts his letter on social media now.

The congress party had replaced Charanjit Singh Channi, a 58-year-old Dalit with Captain Amarinder Singh who was the former CM of Punjab. This happened after Captain Amarinder Singh made a resignation ten days ago. The main reason for it was continuous humiliation from the side of Mr. Nabjot Singh Siddhu. He also mentioned in an interview that the party had no longer confident in his work. Many said that this could be one of the reasons Siddhu leaving the party. However, never did Siddhu mention anything in his public interviews or post.

Captain Amarinder Singh was a seventy-nine-year-old man. He served the party and Punjab for nine years and few months as a chief minister. However, the newly joined CM Mr. Channi belongs to a poor family of Dalits. He is a fifty-eight-year-old man and a three-time legislator.

The Aam Aadmi Party (AAP) spokesperson Saurabh Bhardwaj made a disturbing comment on the situation. He said that Mr. Nabjot Singh Siddhu does not support Dalit and hence did want a Dalit to be a CM of his party. This statement if true shows the awful backward thinking that a minister could ever possess. However, if not true this depicts those appositions can make all kinds of silly accusations in order to show a party down. These accusations can be as worst as bringing caste and classes into the dispute.

Mr. Amarinder Singh recently tweeted through his media advisor Raveen Thukral. The tweet said that Siddu left the post as he is planning to join another party before the Punjab assembly polls. This shows that many interpreted Siddhu’s resignation in different ways.

This change of posts in one of the three congress-leading states of India is a shock. Moreover, the change is just a few months before the next assembly election. More than the general public this resignation is clearly a big shock to Gandhis. According to sources, the party head does not yet accept the resignation from the side of Mr. Siddhu. With the election to its peak will Indian Congress be able to stabilize is still a question.