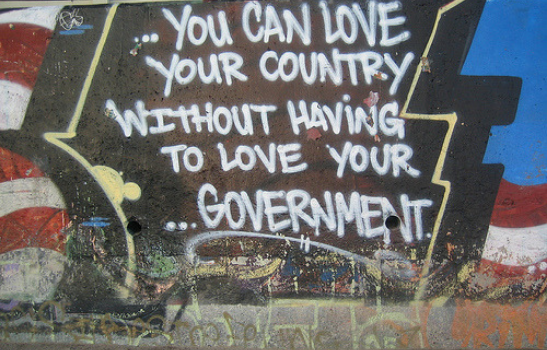 What do you think our world would be like. If there were no politics or government ? Let’s just talk about a country and not the whole world to start with. Some of us might really hate the politics and government of our country. Due to some various but obvious reasons.

But if you have ever thought about a country with no politics, and you see a great picture. Maybe it’s time you keep your imaginations in check. Because believe it or not. If that day really comes, you won’t like it.

Furthermore, you know how our countries are interrelated. Connections with foreign lands, import, export, and diplomacy, all fall in the political category. Likewise, these are one of the most important things the governmental parties do.

Not to mention that the countries are not at World War 3 until now is due to the same government negotiation. Ask me, or anyone else. But everyone knows that without these negotiations, we would probably all be dead by now.

And if now, only stronger countries would actually rule the world with their nods and hand points. In addition, if you are regulars or are reading our articles more frequently. You will remember when I talked about women in politics.

At that time I reminded you how even though lot of drawbacks, we need the government for various reasons. Just like that, the political instability of a country is pretty frustrating.

However, if we count, we are having at least a stable of life all thanks to the same government. Maybe the corruption in some countries with governmental employees is very high. But they also play a very vital role in keeping a country safe, and away from wars and conflicts.

I mean there are so many reasons why a government in a country is necessary. They do contribute a lot than we tend to see.

Let’s once assume that your country is in anarchy for now. Do you really believe it is going to be this way forever. I believe and bet not. Because you know democracy, politics, government, these things are all natural occurrences when it comes to human beings.

So even if it ever falls into being an anarchical state. I know for a fact that someone will soon fight their way to establish the same government we have today. And not to mention that humans are greedy and lustful. So seeing a powerless country. There will certainly be at least one person that’s going to want power.

And even if he can or can’t establish the politics, he will establish a power of his own, for himself. Later, this will end up as governmental parties and political parties one way or the other.

Let’s solve this problem in the easiest way possible. Imagine an obese person looks himself in the mirror. But he is tired of looking at himself and feeling fat. So to stop this stress. He destroys all the mirrors that he sees. Now he thinks there is no problem anymore.

No More Government For People In Disaster

But is there really no problem? In fact, there is greater trouble at this point now. What’s your say in this?

2 Replies to “Would you live in country with out government ?”